Migraine pain is a disabling condition that affects over 36 million people in the US, particularly women between 18 and 55 years of age, and are responsible for decreased work productivity, absenteeism, and a reduced quality of life for the sufferer. 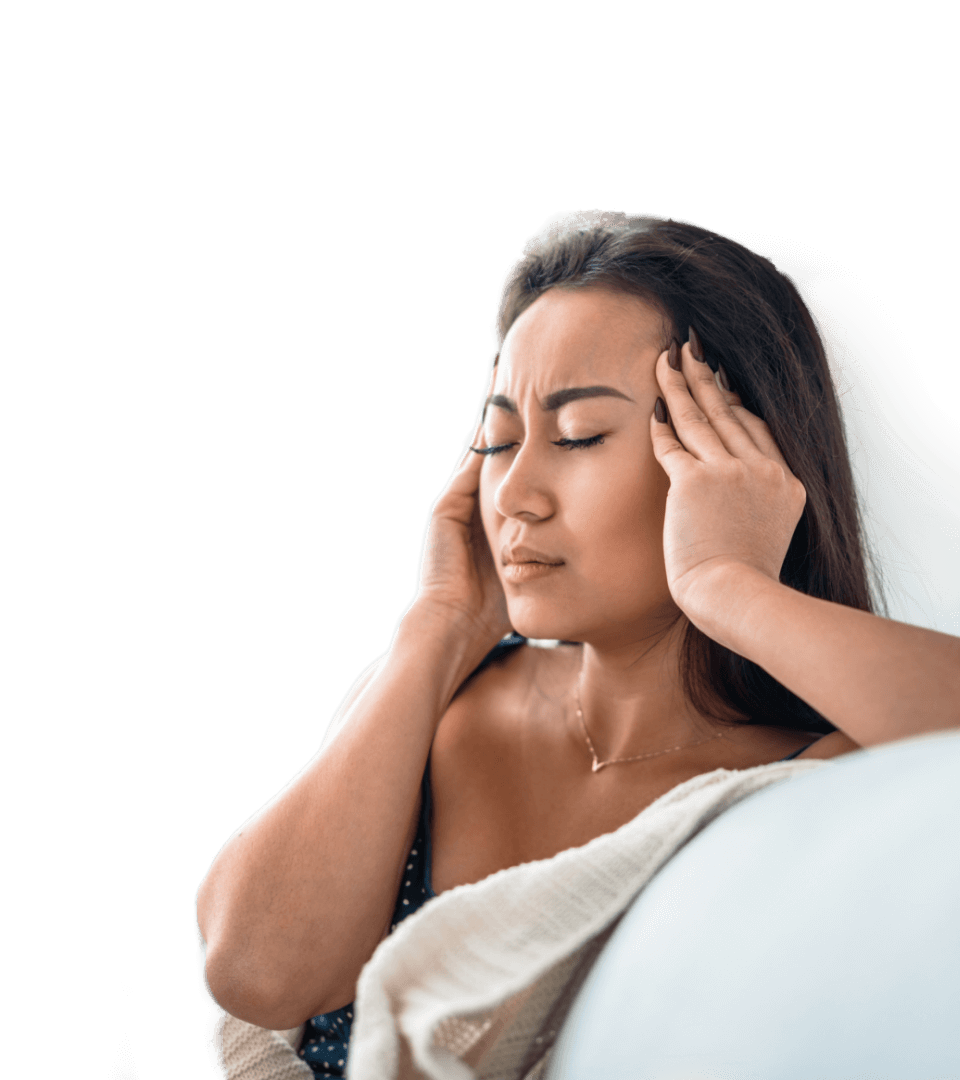 How do Migraines happen?

Migraines can be triggered by many environmental factors, such as hormonal fluctuations, sensory stimuli, food additives, exertion or sleep deprivation, resulting in an imbalance of signals from the hypothalamus. This leads to activation of pain sensing neurons, called nociceptors that innervate the head and face and release of neurotransmitters, that mediate a series of events that we typically associate with inflammation, even though there is no infection present. Blood vessels dilate; fluid seeps into the surrounding tissue;  white blood cells are recruited to the area and inflammatory molecules are released. These factors work together to activate the pain sensing neurons, that then transmit the signal to the brainstem.Glutamate is released from the central terminals, activating a second set of neurons that transmit the signal to the thalamus, and ultimately to higher brain centers, resulting in the perception of pain.

Currently, no effective treatment for migraines

There is not currently an effective treatment to treat migraine once it has begun. Migraine pain is not well-controlled with standard over-the counter medications, like the non steroidal anti-inflammatories (NSAIDS,) like aspirin, ibuprofen and acetaminophen. Opioids can reduce the pain, but are highly addictive and have life-threatening side-effects. Several new medications have proven effective for reducing migraine pain if given prior to the onset of the headache, but are ineffective once the pain has started. There is an urgent need for medication with low abuse potential, that safely reduces migraine pain and allows migraine sufferers to participate in normal daily activities. 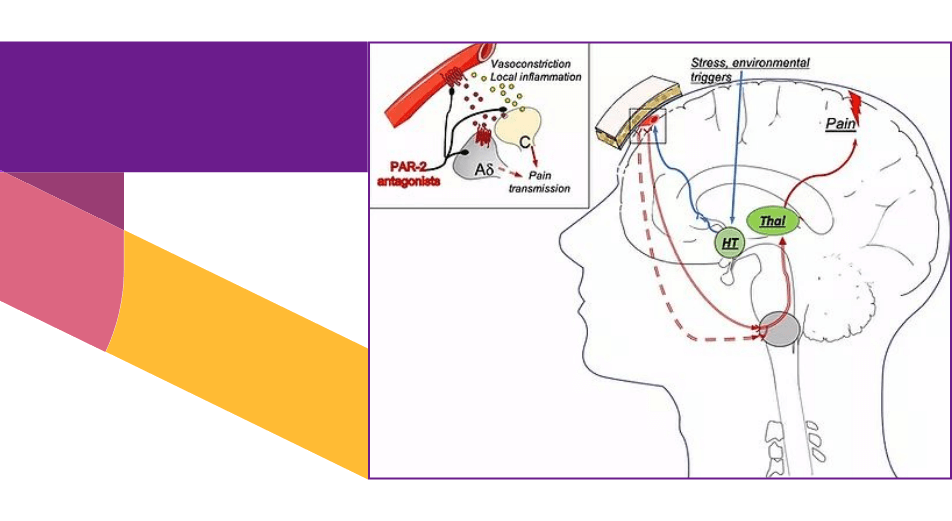 How is PAR-2 involved?

PAR-2 plays a major role in both the initiation and perpetuation of migraine pain, as it is activated by different proteases over the course of a migraine episode. At PARMedics, we are developing small molecule antagonists of PAR-2, which block the release of the neurotransmitters that trigger the inflammatory response, reduce the vasodilation and prevent sensitization of the peripheral nociceptors. Early preclinical studies suggest our PAR-2 antagonists can block pain induced by multiple proteases associated with migraine and do so without crossing the blood-brain barrier.  Current migraine medications target only one aspect of the pain pathway,  while PAR-2 antagonists have the potential to act at multiple points during a migraine attack.

Interested in learning more about our technology to treat chronic disease?